Wichita Dent Company is the vision of two brothers, that started all way back in 1999 when Shawn entered the world of paintless dent repair. He began his career at Mid America Auto Auction, where the volume of vehicles allowed him the learn PDR at an extraordinary fast rate. Shawn realized that using those skills could create him an oppertunity to run his own business and see the world.  So in 2000 Shawn hit road chasing hail storms all over the United States.

Over the next 5 years Shawn traveled as far as Australia and New Zealand to showcase his skills. In 2006 he decided to train his little bother which it didn’t take long for them to begin traveling together. After a year Shawn decided that he wanted to stay local, so he started Dent Rangers to grow connections and relationships in Wichita Kansas.

During that time Alex continued to travel, which took him all the way to South Africa in 2013. In 2014 Alex decided to open a permanent location at 401 S Tyler. Finally in 2016 Shawn and Alex decided to work together to create a family business and Wichita Dent Company was born. 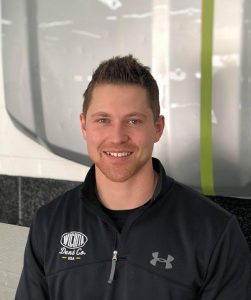 JOIN OUR NEWSLETTER FOR UPDATES & SPECIALS

We accept scheduled appointments and walk-ins. If you're in need of paintless dent repair, stop by.